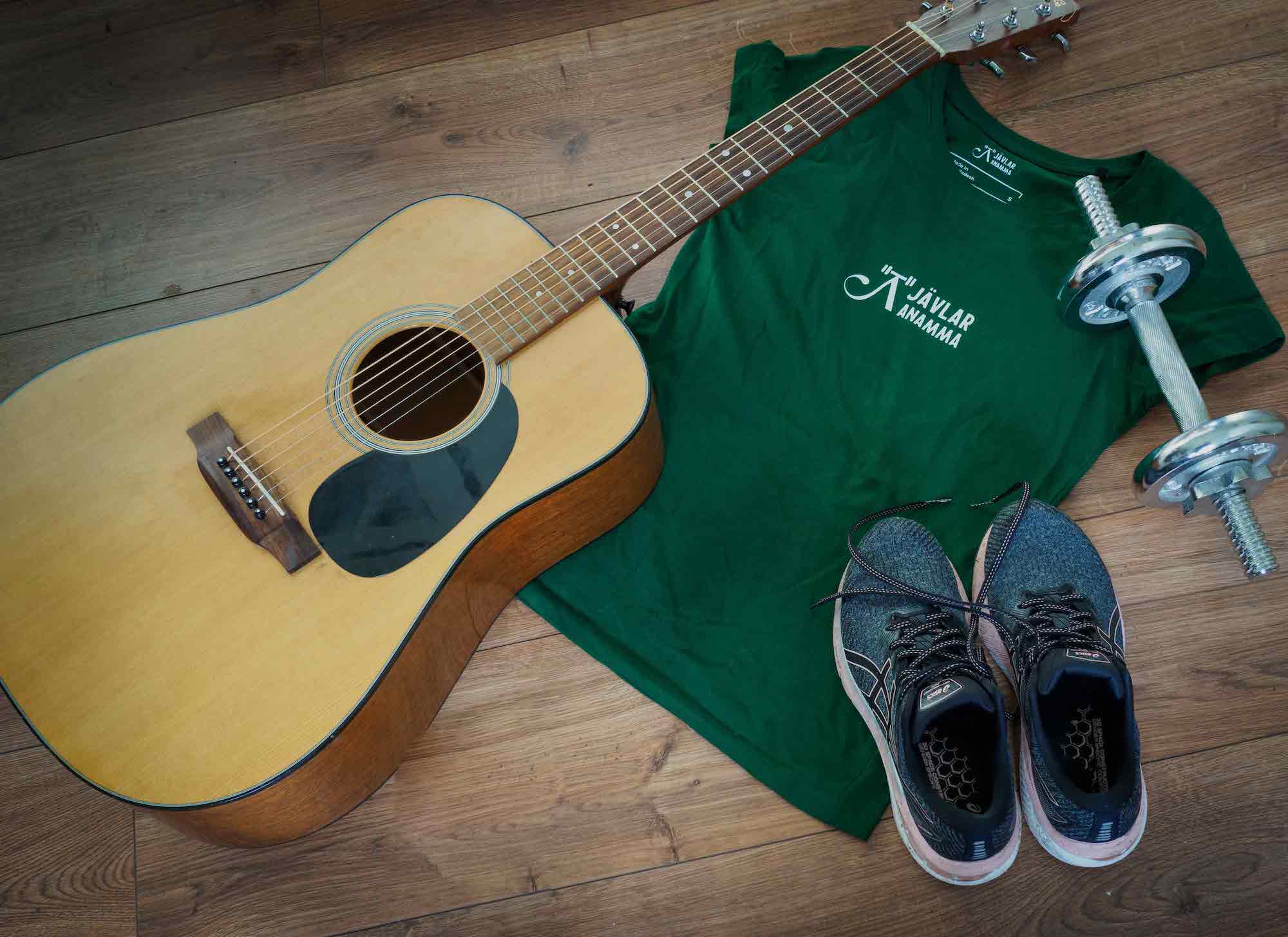 Life, Word of the year

Hi everyone! How are you? I hope you’ve had a good start of the new year.

Last year I had a word and focus of the year, CALM. It helped me get on track with my thinking and my life, and learn to worry less and live more. I wrote a recap here.

I’ve been thinking about whether or not to have a word of the year 2023. I have clear goals that will be my focus of the year, but I couldn’t define one single word that would fit as a word of the year, and almost decided to not have one. I was thinking of something around accountability, perseverance and the likes. But all that sounds so… serious, and not necessarily positive. But I had forgotten about the obvious choice.

Jävlaranamma is a Swedish swear word. You might say it if you drop the hammer on your foot. But don’t worry, it also has a much more inspiring meaning than that. Jävlaranamma also is the closest equivalent to grit in Swedish.

It’s the passion, determination, drive, strength, perseverance, motivation & willpower to do what it takes to do the hard work required and keep going to reach your goals.

I had never really used this word in Swedish, but Jävlaranamma came to me in early October 2022.

I had recently started running, had made some stupid choices and ended up with patellar tendonitis. I thought my tendon was torn in pieces because I had so much pain. During the same weekend when the knee was at its worst, I was also having a bad cold and everything was seriously shit. I was angry and upset, saw my fitness goals and plans to create a new exciting healthy lifestyle, running together with my husband, go down the drain. I was pissed off and felt sorry for myself.

On the Sunday we saw a show on Netflix called “Human playground”, about extreme sports and similar. The first episode featured a lady, 10+ years older than me, who had an amputated leg, and she ran a marathon in the Moroccan desert. When she was young, doctors had told her she would never walk again. And when I saw her, the jävlaranamma in me woke up. My self-pity turned into new energy and it made me collect my oomph, and make the decision to get strong and fit, come back to running, and create that active lifestyle. If she could run in the desert with a prosthetic leg, then I could recover and get back to running on these simple country lanes!

At about the same time I discovered David Goggins, my husband recommended me to look him up when I talked about building mental strength. I read his first book almost from cover to cover, and took a lot of inspiration from his mindset. I wanted to challenge myself, become strong in mind and body, work on becoming the person I want to be, and not give up.

Jävlaranamma will be my word of the year for 2023. It will be used in whatever context I need it for and that requires it – fitness, music, business, and more. While my previous word of the year was more reflective, to work on thinking and mental health, Jävlaranamma is more actionable and that’s what I’m ready for now.

I have some interesting goals for this year, and all of them will require some Jävlaranamma and commitment.

Although I played a lot of music in 2022 and had some fantastic experiences (see this post), I didn’t do much proper practice. I’ve probably become more confident with what I already can do on the guitar, and I know I’m much improved on the concertina. Also, I discovered that my voice range has expanded and I’m quite happy with my singing in general. But I miss the days when I practised regularly, almost every day, and I learned lots of new stuff all the time. I want to come back to that, and music will be a BIG priority in 2023.

At the end of the year I’ll do a review of what I’ve achieved – that’ll be interesting!

And the big question probably is…

Why Jävlaranamma? Why not grit?

Simply because I think the word Jävlaranamma has a lot more attitude!

And no, I don’t intend to make t-shirts for all future word of the year (although it would be cool!) – the logo was part of my last graphic design assignment, and I love using it!

Do you have a word of the year? What goals or intentions do you have for this year?

I’m joining Denyse Whelan who is back with her Wednesday words & pics link-up, and Tuesday Topics with Kookyrunner and Zenaida.