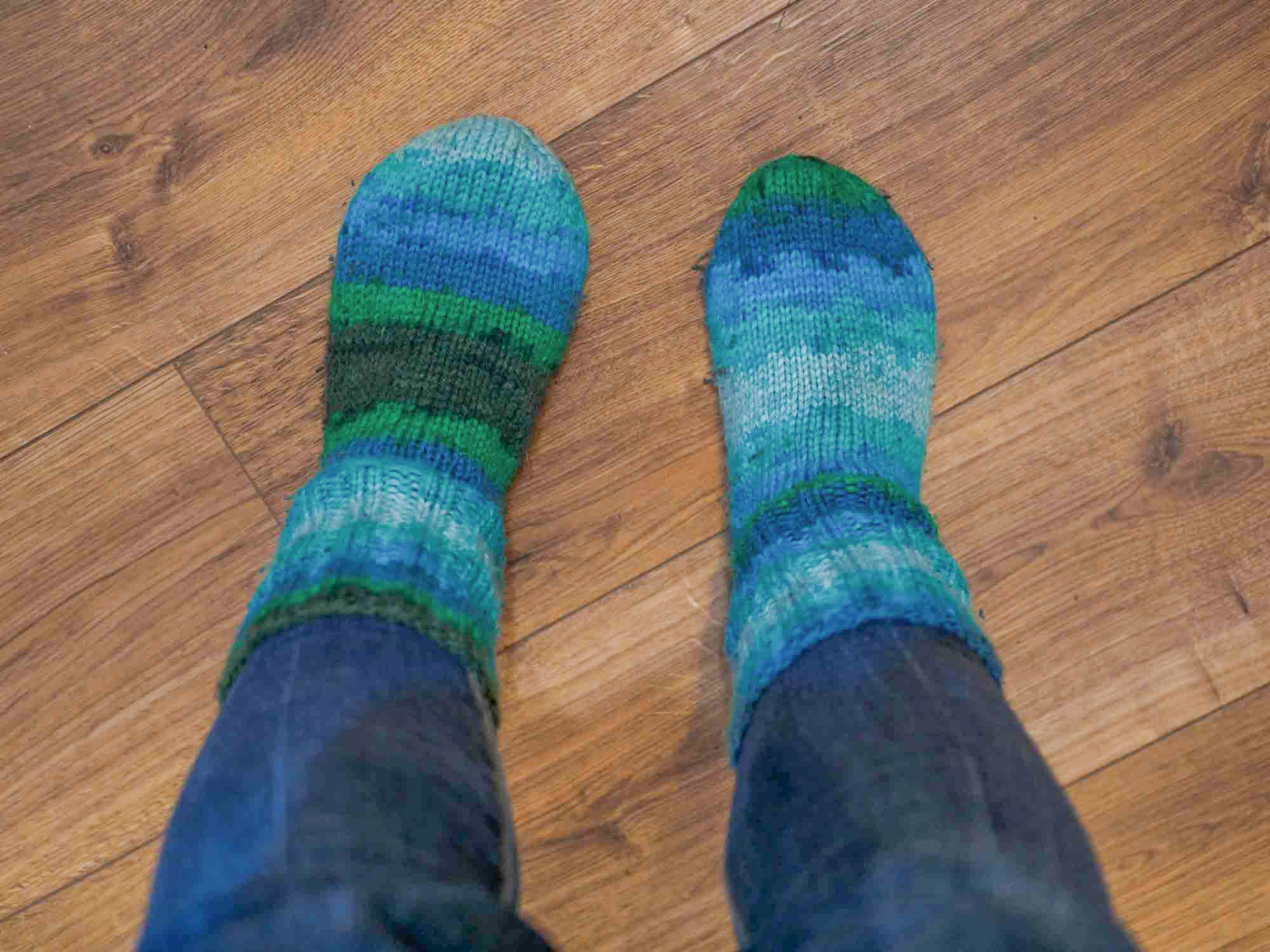 Hi there! It’s Sunday, after an annoyingly cold week, and a lot less exercise than I hoped for, because of the weather. As the top image indicates, I’ve worn woollen socks more than running shoes this week. 🙁

I don’t mix with cold weather and temperatures close to zero (around 30 F) or below tell me to stay inside. I wrote about it yesterday in my Weekend Coffee Share post. Yes, I’m Swedish, and I grew up with cold winters, but that’s even more reason to avoid it now that I don’t HAVE TO go out – I ditched my nursing career when we moved here and I’m very happy not having to catch a bus to a hospital job at 6 am in whatever crazy weather.

Yesterday we woke up to -1C but at lunchtime it was up to 3C and not too bad. But this morning I have very low hopes that it’ll be decent to go out walking, because it’s 11 am and there’s still frost on the ground.

On Monday it was still ok outside, and I went out for another run & walk. The weather forecast the day before didn’t look very promising but it was better than expected with 5 degrees C, and while I was out it didn’t rain. Those 5 degrees seemed warmer than what we had during our Saturday walk last week – perhaps because I had another jacket, insulated, and with a more slim fit than the Stormtech I had for the Saturday walk.

This run went very well! Like last week, I went very carefully, soft jogging mixed with walking. If I felt any strain around the knees, I’d stop, but this didn’t happen much and I could run a lot more, I don’t think I did 50/50 running/walking but it was close to it and certainly was a big improvement. Happy days!

Tuesday was gym day, and a good one. I did some good leg & shoulder work.

Wednesday I didn’t do much. I’m a little scattered at the moment because we’ve been asked to play music at a daycare centre for elderly next week, so on work-from-home days I’ve needed to prepare songs. Normally I would at least go for a walk, but not in this kind of weather… see above. The temperatures started going downhill on the Wednesday and I only went out to attend the camera club meeting.

My plan was to go our for running & walking on Mondays and Thursdays. This week instead I did a few sets of squats, lunges, glute bridges and my rotator cuff mobility exercise. Even if we don’t count my preference about cold weather, I’m not sure it’s a good healthy thing to run when it’s around zero or below. My personal trainer didn’t recommend it either.

Without any knowledge on the topic, I’m thinking that running when it’s cold wouldn’t be great if you’re just coming back from an injury, and I also have a tendency to get sore throat when running, which probably would get worse in cold weather – so even if I forced myself to go out, it probably wouldn’t be a good run. However, I’m NOT going to make it too easy to skip running – when it’s over 5C I’m going out there! And I have no problems running in rain, or even windy weather (unless it’s a storm), so usual bad weather won’t stop me.

I had another good session in the gym, with some increased weights again! I did:

I still have lots of work to do with my core and shoulder strength. Both shoulder press exercises have always been my nemesis – my shoulders are my most problematic area and it was actually because of my shoulder problems I came to my trainer (also NMT) in the first place. At the beginning, I could never do full sets of any shoulder presses. In recent weeks I’ve been able to do them and it feels like victory! Now with increased weight I could do maybe 7-8 out of 10 and that’s not bad at all.

It was really cold and I realised I have no appropriate clothes for walking to and from the gym. I prefer not to have to change clothes there because the place is tiny and there’s no dressing room really. I wore like 5 layers of jumpers and jackets.

We had -1C in the morning but it warmed up later. I decided to go to Dunnes which is an Irish retail chain and they have a quite decent sports department. I was hoping to find at least some kind of sporty winter-appropriate jacket. While they did have one, it had a terrible plastic surface and I looked like a Michelin man in it. Instead I found some wonderful fleece-lined leggings that I bought, to use for walking when it’s cold, then it wouldn’t be too bad to go for walks even with lower temperatures below 5C. In the afternoon it was still ok outside and we went out to do a dreaded job in the garden, remove a “fence” made up of ugly pallets (they were put there by the previous owners and are still there to stop the neighbour’s dogs, but they are rotting and falling apart) and put a simple dog fence there instead. It was absolutely fantastic to get it done and I feel good looking at it now!

That was the only “exercise” done yesterday but I managed to get 11 000-something steps in.

Yesterday I was thinking that if the weather would be the same today, we could go for the long walk. But sadly today the frost seems to not melt away and even if we braved the temperature, the frost would make the roads too slippery. So today will be a rest & music day again. Until Wednesday I have some music stuff to do, but I’ll also squeeze in some bodyweight exercises on the non-gym days. I had a plan but haven’t followed it – I’m still in a sort of recovery mode after my exams and my head is all over the place. The best I can do is to have a set time each day for exercise, look through my list and see what is suitable that day (depending on what I’ve done in the gym).

And today I’ll receive the exam results. Maybe after that I can settle down and make more of a schedule!

I hope you had a good fitness week! Do you run in cold weather (and I mean Northern Europe type of cold)? What’s your approach? How does it work for you?

Joining the Weekly rundown link-up with Kim and Deborah.

Previous: I’m not compatible with cold weather
Next: Distinction